I think this partnership with Microsoft was a mistake for Nokia. It was great for Microsoft though.

Every time you show an old Nokia phone you get the same comment: “Oh, those phones were built to last, I went through 3 iPhones and the Nokia still works…” or “That is the only phone that will not blend”.

But Nokia’s obsolete software is killing it. They need to provide truly smartphones. They had three options:

Apple did it by being the first ones and providing the coolest product ever. Google did it by doing it for free. They are both a success because they have thousands and thousands of applications on their platform by now.

Microsoft haven’t done it. As powerful as Microsoft is, they still haven’t cracked the smartphone market, and it’s very likely they’ll never do. They are up against Apple and Google and both of them have years of advantage now (previous efforts by Microsoft are useless today).

Now Microsoft has a chance to do it because of the deal with Nokia. Nokia is likely going to put Windows 7 Phone whatever on the hands of many people. Those people will get use to Windows, but not to Nokia and may switch to HTC or another provider in a blink of an eye. Microsoft wins, Nokia loses.

I think Nokia should have done with Android. I know it’s hard to differentiate yourself with Android (what’s the different between a Samsung and a Sony/Ericson phone these days? They both run Angry Birds), but Nokia could have done it by making a tough phone. There’s a lot of people today not using smartphones because they won’t last in their pockets. Nokia could build a smartphone for them.

Maybe Nokia decided against Android because of their past mistakes with Open Source projects and companies. At any rate, I think they are making a mistake right now. 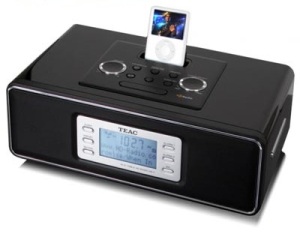 The post-PC era is when we stop having PCs because we move to something else. You may think that’s unlikely and unrealistic but look at the evidence. At one time we had desktop computers and laptops started to appear. They were just toys for people with lots of money, then they became the second computer of people that spent a lot of time on the go, today most people own a laptop instead of a desktop computer.

The exodus from the PC is not going to be that easy, because the mobile devices are more different to a laptop than laptops were to desktop computers. But it’s not only leaving PCs for smart phones, also for netbooks. I believe it’s going to happen. Probably not as extreme as the PC to laptop but it’s going to happen. We’ll be using our phones as our primarly way to access data and communicate. And when we come home we’ll plug it in a dock station -that already exists-, so that it can use our nice big speakers -that also exists- and so that we use an external keyboard -that exists in many cases- and a big external screen -that exists, at least in the netbook market-.

What doesn’t exist yet, I believe, is external processing. When I’m at a bar I won’t play Halo and I’m OK if switching between applications is slow, but when I come home I want my device to become faster. I have seen absolutely no progress at all in being able to add processing power to a machine, to a portable machine. The closer I’ve seen were docking stations, probably IBM, which added better sound and video cards. Sharing processing power is hard, but I think we need it to go mobile.

Reviewed by Daniel Magliola. Thank you!